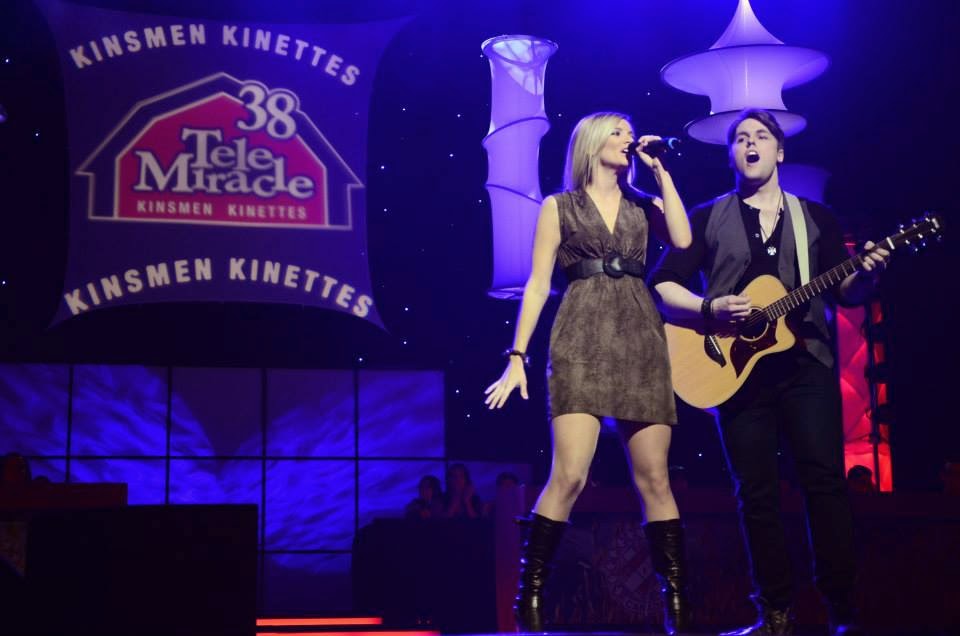 Cast Announcement - Media Release, January 15, 2015
Kinsmen Telemiracle is pleased to announce our cast for Telemiracle 39, to air on March 7 & 8, 2015, on all CTV Saskatchewan stations.  This year’s cast is a great combination of old favourites and great new talent.  Returning to the cast are LEAH DANIELS, BRAD JOHNER AND THE JOHNER BOYS, BEVERLEY MAHOOD, BOB McGRATH, ANDREA MENARD, and DONNY PARENTEAU. Returning for another appearance on Telemiracle are country music sensation JASON BLAINE and Saskatchewan’s very own JEFFERY STRAKER.
Making their debut appearances on the show are Canadian roots-rockers THE BROS. LANDRETH, actor, producer and director best known for his role as a lovable cop on Corner Gas, LORNE CARDINAL and Canadian classic rock band HEADPINS.
“We’re thrilled with this year’s lineup” said Jody Diakow, Kinsmen Telemiracle Volunteer responsible for media relations. “As always, we’re excited Bob McGrath is returning. It is hard to believe this will be his 38th time on the show”.
JASON BLAINE made his debut appearance on Telemiracle 32. His country music career continues to soar and Telemiracle 39 is excited he has agreed to be a part of our cast once again. Canadian classic rock bands continue to be popular with the Telemiracle audience. This year, it is the HEADPINS with lead singer Darby Mills turn. This will be the HEADPINS debut appearance on Telemiracle.
BEVERLY MAHOOD is back again to anchor our broadcast.  “Beverley is a gifted songstress and the perfect host. She is now one of us” stated Joan Steckhan, Executive Director for Kinsmen Telemiracle. “We are thankful Beverley continues to come back year after year” Steckhan added.
This year’s broadcast will originate from Saskatoon’s TCU Place. The show runs for 20 hours beginning at 9PM on Saturday, March 7.
- See more at: http://www.telemiracle.com/html/stories/whats_new/index.cfm?view=article&wnID=50#sthash.i6KedqUx.dpuf